E.L. James’ bestseller “Fifty Shades of Grey” has been every girl’s fantasy come true. It’s intoxicating, it’s bewitching and darn, it’s totally addictive! While there’s much speculation about who should be playing the dark and mysterious Christian Grey, we bring to you our very own favorite picks of the men we think will do full justice to the role, and breathe life into our literary hero, the hotness personified Grey!

If you’ve seen and idolized The Vampire Diaries like us, you know we’re bang on target. The badass Damon has everything it will require to play Christian Grey- from those smoldering looks to that mystifying persona. He is E.L. James’ choice too, and the guy has himself expressed interest in playing the role. He most certainly makes for a terrific candidate!

This British star left every girl swooning in the Twilight Saga, and we have absolutely no speck of doubt that this guy will be perfect playing the enigmatic Christian Grey. Rumors suggest that Twilight co-star and ex-girlfriend Kristen Stewart is also a forerunner for the role of Anastasia Steele. Too much chemistry there, eh? 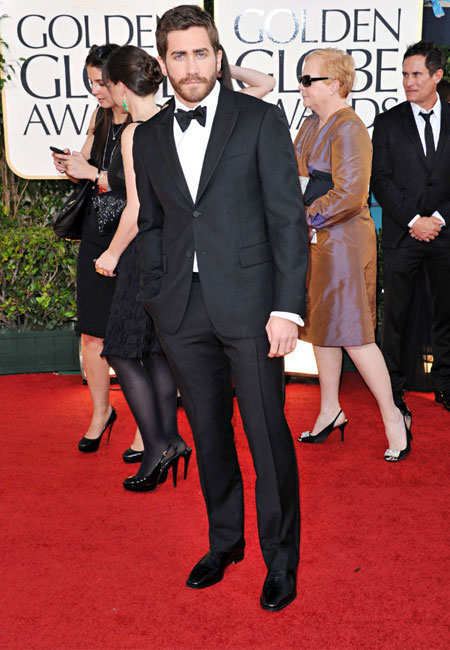 Hunky Jake took our breath away in The Prince of Persia. Those vulnerable eyes, tough body, and sexy persona will compliment every inch of Christian Grey. When asked if he’d heard the news, he stated, “That’s super flattering. I mean, I have not heard that, but if that’s true then that’s a nice thing. It’s always nice to be considered”. When asked whether he’d take the role, he responded, “Yeah, of course! I always want to work, man, of course.”

That smoldering stare, understated charm, and sculpted abs will work for any girl. Though Ryan does not necessarily fit into the ‘dark’ side of Christian Grey, he does have the million dollar looks. And since we are totally obsessed with him, how could we ever leave him out?

Fassbender is quite capable of handling even the steamiest of scenes. He’s been nominated for a BAFTA and a Golden Globe. The steely eyes, sharp jaw line, and appealing smile make him a hot favorite in our eyes.

Matthew Bomer looks layered! This guy has uber appeal, a great body, and is so sophisticated and suave. He’s done a wonderful job in the television series The White Collar- so we’re sure of his acting skills too!

He’s Batman, after all! Bale has sheer magnetism; he’s tough, pushes boundaries, and is oh-so-handsome! Only trouble- can he look like he’s 27? The dark knight can easily pull off our grey Christian Grey.

We wonder who will actually play the hot-as-hell, twisted, mercurial, and heart-stoppingly gorgeous Grey! Until there’s any official announcement about the keenly-awaited film’s star cast, all we can do is sit back and wonder who will fit into the (incredibly expensive and tasteful) shoes of the leading man of the trilogy?