We all are very conscious about our skin. Most of us are unaware of the fact that skin is also an organ. It is considered to be the most interesting organ of the human body, as it can respond directly to the environment. But, at the same time, there are negative aspects of this response. Skin is the only organ in the human body that is exposed to the outer environment. Hence, it is more likely to get damaged by environmental factors, rather than any other internal organs of our body.

The most common damages that skin is likely to prone to are: sunburn and suntan. I know that most of you are thinking that why the term is being written twice, when it has the same meaning? This is the biggest misconception in the minds of the people that both sunburn and suntan are similar. But, these are two entirely different terms, with different consequences on the skin.

Today, I am going to tell you in detail the difference between the two, and how can you protect yourself from both the skin ailments?

Let’s Understand a Little Bit about Our Skin

As I have already told you, skin is an organ and it protects your inner body from the harmful agents, by acting as a barrier. Skin is loaded with various sensors that respond according to different situations, like sweat glands will produce sweat, only when, there is heat around you. One cannot sweat in a hill station at a temperature of 3 degrees Celsius, unless, one suffers an attack or something similar. Skin is not just single layered, but, is multi layered and each layer has its own specific role.

Broadly, there are 3 main types of skin layers- Epidermis (outer most layer), Dermis (layer next to epidermis), and subcutaneous tissue. The skin also has several sub layers.

How Does Sunlight Penetrate the Skin?

Sunlight arrives on the earth in three basic forms: infrared rays, visible light and UV (ultraviolet rays).  Out of these three, UV rays are the leading cause of sunburns and suntans. Let’s look at the classification of UV rays:

Most of the time, we get affected by UVA, which are present near sea levels, and geographic regions with more sun exposure. However, UVB rays cause major problems on our skin, like ageing, skin cancer, wrinkles and much more. Even UVA are said to cause all such things, but, UVB are considered to be more hazardous.

How Does a Person Get Suntan? 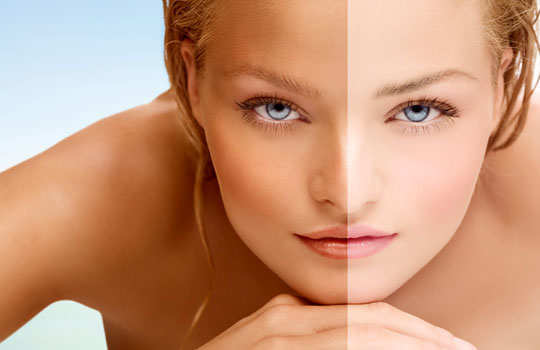 When you get exposed to sunlight, melanocytes (special skin cells) produce a pigment called as melanin, as we discussed in our previous article Freckles. UV radiations stimulate the production of melanin, which absorbs UV radiations. This melanin is responsible for turning your skin color brown that is called as ‘tan’.  Some people tend to produce melanin quite often, while some take a few days to start producing melanin. That is the reason, why some get tanned in a day, while some take weeks to get tanned.

Melanocyte is stimulated by the pituitary gland that has Melanocyte Stimulating Hormone (MSH). For example, when you are exposed to sunlight, MSH will run through your blood, reach melanocytes and will prompt them to produce melanin. More the MSH stimulation in your body, darker will be your skin. Interestingly, pituitary gland is connected to optic nerves, which means whenever your eyes are exposed to sunlight; pituitary automatically stimulates MSH, which will then flow through blood and accounts for melanin secretion from melanocytes.

This is the reason, why wearing sunglasses increase the risk of sun damage in a person’s body. I am going to tell you about this in my upcoming articles.

If Suntan is all about Developing Brown Color, then What is Sunburn? 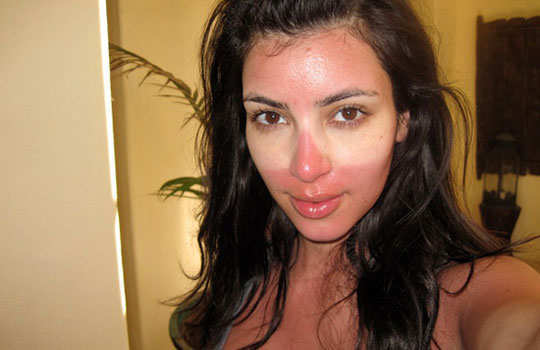 When you are overly exposed to sunlight, your skin cells are likely to get killed. Body responds to this damage by circulating more blood via capillaries in the affected areas, which accounts for redness and sometimes, even blisters accompanied by the pain. This is the reason, when you press a sunburn area, it becomes pale, and when you release your hand, it becomes reddish again.

Both, “suntan” and “sunburn” are bad for skin, and both carry the risk of skin cancer. One thing that I want to make clear is that there is no such term called ‘healthy tanning’. So, now, I have cleared you the differences between sunburn and suntan. But, always protect yourself from both, as none of them is good for us.